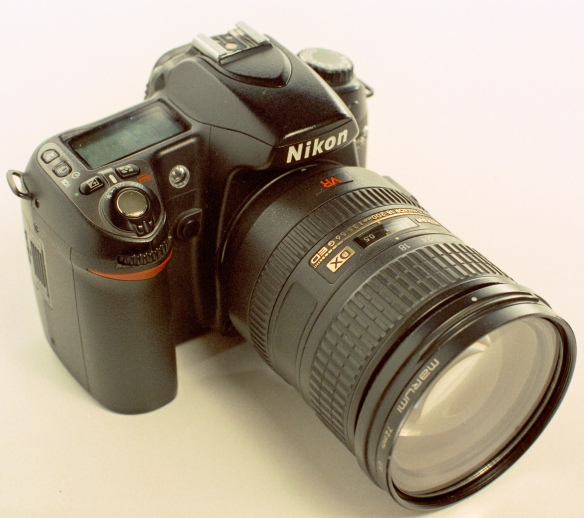 Thanks to the collapse of film photography as a mass-market phenomenon, development of new film scanner technology has essentially ceased (outside of the motion picture industry where development continues but the products are professional tools priced like cars and houses). Since many photographers own capable DSLRs with modern sensors it has become popular to use one’s existing digital camera in preference to a dedicated film scanner. Whilst this sounds sensible results are often disheartentingly disappointing. Why should this be and what can be done?

The Problem With DSLRs For Film Scanning

When old farts like me bewail the lack of modern high quality scanners a natural reaction for many people is, if DSLRs are so good now who needs a scanner? Just DSLR scan. But there are some real advantages to a dedicated scanner. Just to name a few:

• A real film scanner has a lens that has zero geometric distortion, a flat field and generally is optimised for equal sharpness and brightness across the usable field — this isn’t generally the case with even good general photographic lenses

• A real film scanner precisely orients the film to be perfectly perpendicular to the lens on all axes. This is very difficult to achieve with home-built DSLR scan setups unless proper reproduction stands and the like are used and carefully aligned

• A real film scanner uses a line sensor array and exposes the individual colour channels sequentially for each position. This gives full colour resolution. There is no “Bayer matrix” and no de-mosaicing process necessary

• Many real film scanners are able to automatically remove defects and dust at scan time by doing an additional capture of the infrared light channel (which most film is transparent to apart from black and white and famously Kodachrome).

• A real film scanner does separate exposures for the Red, Green, Blue (and often Infrared) wavelengths. These exposures need not be the same. A DSLR must necessarily use the same exposure for all wavelengths because one shutter controls illumination for the entire RGB sensor

This last point is most relevant to colour negative film scanning. The actual brightness of the R, G and B components of a strip of colour negative film typically differ over a range of three stops or more (the famous “orange mask”). This means that a correct DSLR scan of the Green component is substantially over-exposing the Red component whilst still underexposing the Blue component. A well-equipped professional with access to colour enlarger heads or a large pack of high quality of colour filters can use filter stacks on the backlighting end to bring these exposures into the same range (basically countering the “redness” of the film base with a very “blue” backlighting). Without this step (which most home amateur DSLR scanners will not find easy to achieve) a lot of the potential advantage of the superior DSLR sensor is lost because the blue and green components must be so under-exposed in order to avoid clipping the red.

The reason your cheap crappy film-scan-capable flatbed scanner does so well with negative film is that it will simply vary the exposure per channel and expose the green and blue channels correspondingly longer to get similar exposure for all channels. In the scanner this is a simple matter of varying the “dwell” times since each colour channel is exposed separately in colour film scanners. And again, coming back to the backlighting, DSLR scanning can never match the illumination uniformity of scanning. Scanners not only uses optics and light sources tuned with uniformity across field as a goal but they do an actual calibration to remove the remaining non-uniformity. This is again most critical with material like colour negative where the raw captured image needs to undergo very strong gamma curve modification to re-create the intended positive image.

So I too hold on to my Nikon Coolscan 9000ED because it is a bloody marvelous film scanning machine with a precision carriage and lovely optics. Even though your modern DSLR sensor is generations more advanced in most cases I will achieve a superior final scan with the Coolscan. But imagine, if you will, a beast like the Coolscan with a modern sensor. I can’t help but do so.

I Still Want To Scan With My DSLR – How Can It Suck Less?

So, scanning film is fortunately an old enough endeavour that it predates digital. Back in the day, the only way to get a second copy of a piece of film was to — essentially — scan the film onto some other film. So called “slide copying” rigs were produced by all the major camera manufacturers. These generally have a holder for mounted slides or film strips with, often, a diffuser behind. They either mount on a tube or on a rail. Since document copying was also a thing back in the day there are document copying stands that can be used with lightboxes and something to hold the film flat. You want one or the other of these rigs because the depth of field at these macro distances even at a small aperture is fractions of a millimetre. If your rig doesn’t hold your camera perfectly square to the film then focus will vary across the image (same thing if you can’t hold your film flat). For the same reason you need a lens with minimal distortion and a flat field of focus. Again, since macro lenses were often the tool of choice for slide and document copying theses lenses usually do fairly well in this department. Although you could hold the slide copier up to a window some sort of consistent light source will provide much better results. This can be something constant like a lightbox or something instant like a flash.

You will want to be diligent and methodical in your setup. Time spent on detail here will pay dividends later in not having to reshoot a load of badly scanned frames. Generally you want to take the time to lock everything down and make it optimal. Make sure your rig is totally square. Make sure your rig isn’t wobbly (remember that tiny depth of field). Make sure you can replace the film being scanned without disturbing the placement of anything. Make sure focus is optimal and fixed. Work out the amount of light needed and lock it down. Shoot RAW and make sure the histogram is not clipping anywhere (but make sure you are getting a nice fat histogram). Mask the film as well as you can. Every bit of the backlight that makes it into your lens by coming past the film edges or through the sprocket holes is adding flare and robbing saturation and contrast.

As far as the light source goes, the larger, more evenly diffused and further from the plane of the film the better. You want to capture the details on the film, not the surface texture of your flash head. Multiple diffusion is a good idea. Evenness is key.

Particularly for colour negative film there is an extra consideration. You will get the best results if you use coloured filters to neutralise the orange mask of the film. This is because you want strong light signals in all three primaries on the sensor. Relying on setting a white point later to fix it means amplifying the weak signals from the dim green and dimmer blue light that hit the sensor. You want strong light and strong sensor information for all three primaries.

In practice you can screw filters onto the lense or use coloured gels in front of the light source. Gelling the light source has the advantage or not introducing more glass into the optical path between the lens and the film but either will work. Simply set a daylight white balance and swap gels until your film’s orange mask becomes a neutral white or grey (or quite close to it). You will find that the filters necessary to do this vary with the emulsion being scanned.

Once you have taken your DSLR pictures of the film your RAW files are your “scans”. To work with them is the same as if they came from a scanner. To that end you can simply follow my other scanning posts starting, if you like, from Scanning Colour Negative Film 102.